There’s no denying that Web3 and the Metaverse are the next big frontier in digital innovation. As early-adopters and skeptics alike watch the immersive and transformative technologies change the ways we interact with the world around us, we are also watching new companies and career paths shift the job market as we know it.

Whether you’re looking to hire or get hired, our panelists have been there. Join us live as we sit down with some of the leaders pioneering the world of Web3 to discuss the challenges and nuances of team building in a new and ever-evolving digital world.

In this clip, Courtney Glover of Origin Protocol, discusses how tapping your existing audience and looking beyond talent pool with previous web3 experience, can help hiring managers to get the right people for the job.

Courtney Glover, Head of People, Origin Protocol, Courtney is a self proclaimed people person and has spent the better part of the last 10 years helping companies recognize that their greatest asset is their people. She is currently Head of People at Origin and has previous experience in Web3, Government Contracting and Tech. As a recent transplant back home to Michigan, Courtney enjoys spending her non-work time with her husband and two kids in Michigan’s great outdoors.

Previously, Jordan was a founding team member of Hedera Hashgraph where he served as Senior Vice President of Business Development from inception in 2017 until the end of 2020. Jordan also co-founded and served as CEO of Buffered VPN, the fastest growing personal VPN service until it was acquired in the first quarter of 2017.

Jordan is an angel investor in companies like Buffer.com, Clearview.ai, Hive.org, and other early-stage startups. Jordan has been featured in Wired Magazine, Entrepreneur Magazine, Inc. Magazine, Time.com, and Success.com.

Erin Boose, Global Talent Lead, CoinDesk, Erin is currently the Global Talent Lead at CoinDesk. Prior to CoinDesk she spent time at Smartly.io, Forbes, and Autism Speaks amongst others in recruiting and people operations. Erin also participates in volunteer programs like Co-op, teaching first generation college graduates the ins and outs of job hunting. When not working Erin loves travel, cooking, and the NY Mets.

Host: Anish Shah, Founder + CEO at Ruckus – Anish is the CEO & Founder of executive search agency Ruckus. Anish has worked in-house in Growth roles at Snapfish and Getable. He started Bring Ruckus as a Growth consultancy 11 years ago working with 40+ clients, then re-focused his firm on executive recruiting for Growth leaders. 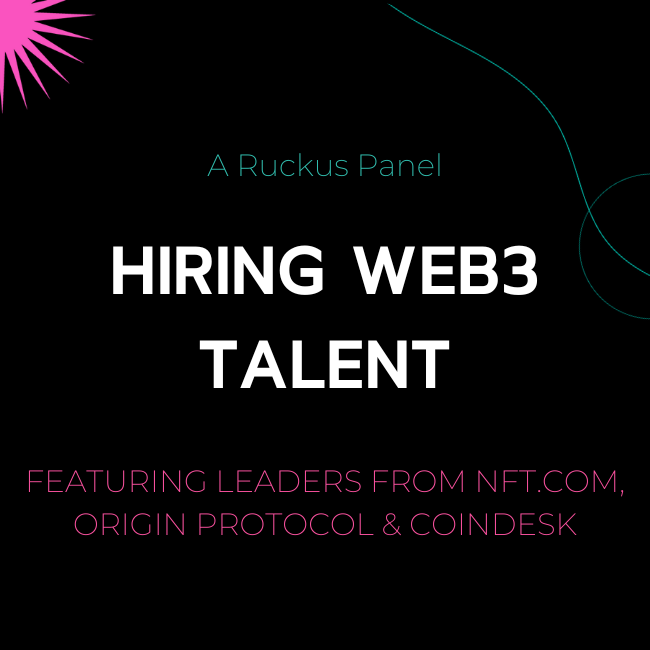 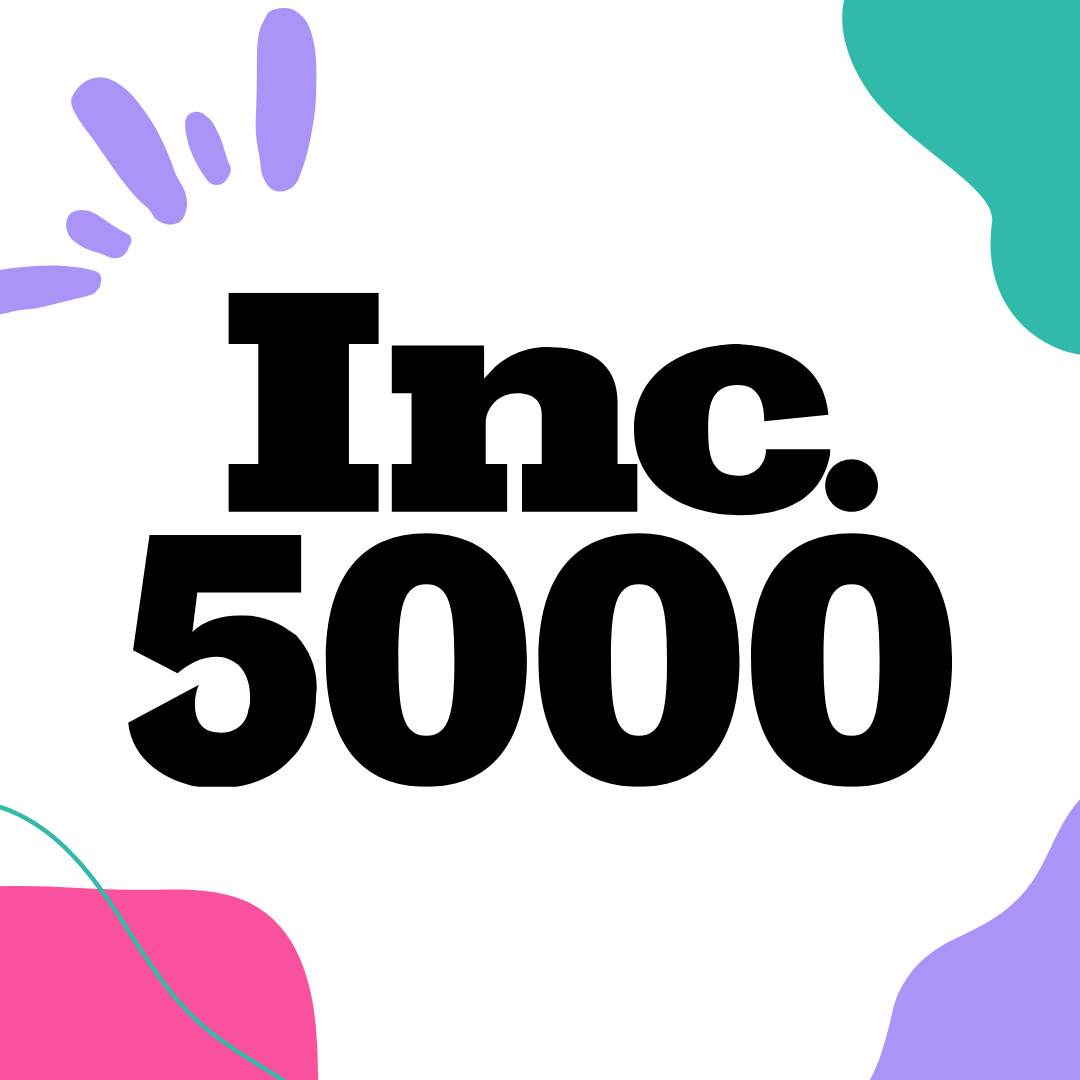 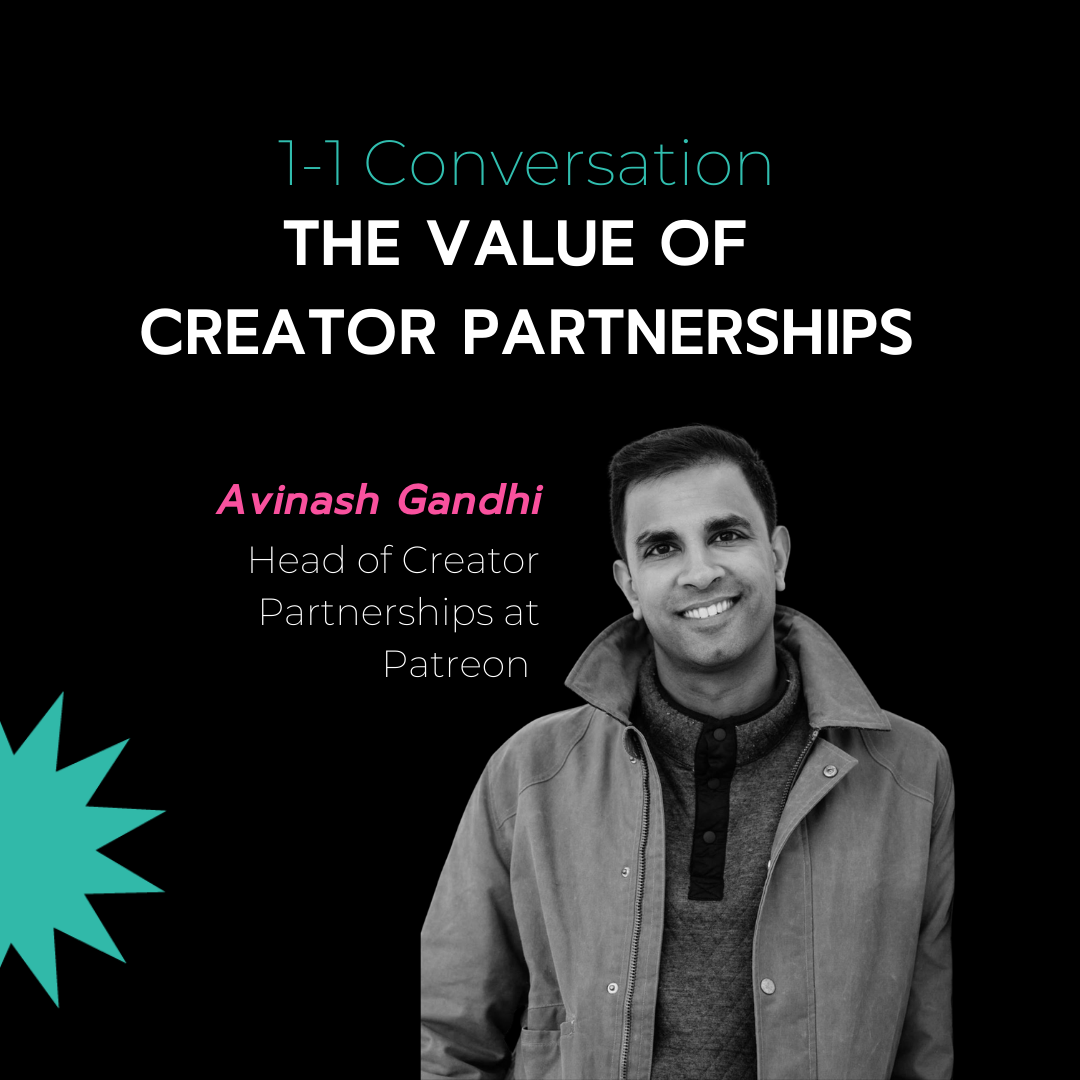 The Value of Creator Partnerships with Avinash Gandhi at Patreon